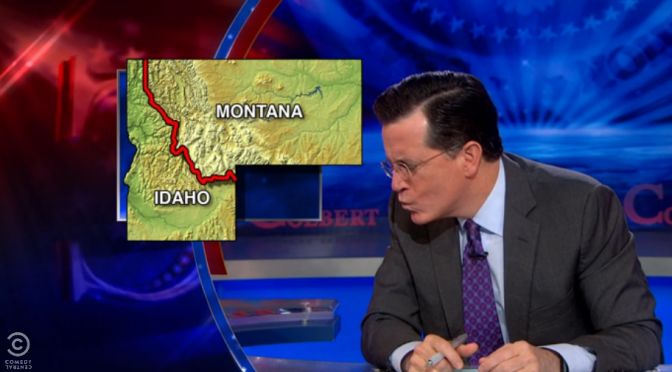 The Colbert Report, my favorite show on television, aired its finale last night, and I’m really, really, really gonna miss it. Refreshingly genuine. Different from anything else that came before it.

I got into it in high school, catching reruns while I cooked ramen and finished my homework. In college, the show pried open my provincial mind and taught me about the silliness inherent in the country’s bureaucracies. It was like learning AP Government from Spongebob.

A little more than a month ago, my fandom reached a peak when I went to a taping.

Before the show, Real Stephen fields questions from fans.

“Young man in the back,” he said when he called on me.

“If you can have dinner with three people from history, who would you choose?” He started laughing, and instead of giving me a real, significant answer, he eased back into character.

It was an easy answer, and a little bit disappointing, if I’m honest. But we connected, and for a second I felt first-hand the hum of creative energy that turned a recurring sketch character into a nine-year, world-influencing franchise.

What I’ll remember most from that day came during the segment break, when the crew sets up the next programming block.

“Bigger Than Love” by Ben Gibbard and Jenny Lewis was blaring from the speakers, and other than tapping his pen, Colbert didn’t even look like he was paying attention.

But when Gibbard’s voice kicked in again, Colbert’s face came alive. His eyes scanned the crowd and his smile widened — the “Who, me?” look — and he started mouthing the lyrics.

That’s what has always stuck with me; his infectiousness and happiness. The viral tributes and best-ofs this week have reminded me of that — how joy spreads so easily when combined with talent and professionalism.