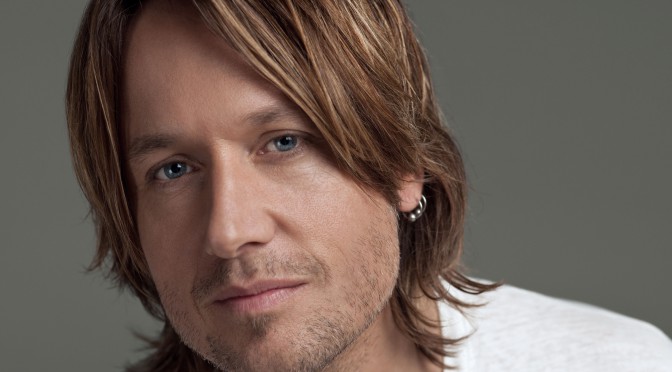 Two days ago, I went all-in on Keith Urban, crapping all over his stupid, awful new song that I love and can’t stop playing. I’m back for more.

Here are the stupidest things Keith Urban compares himself to in his new song called — *sigh* — “John Cougar, John Deere, John 3:16.” I ranked them for your convenience.a

16. “I’m a two-strike swinger”: Okay, fine. It takes guts to swing on two strikes, assuming the count is 0-and-2. It’s also usually a dumb idea, but at least this is an actual human thing you can be as a roughly understandable metaphor.

15. “I’m Hemingway with a shot of whiskey”: Everyone wants to be Hemingway, up to a point. They want the stoicism and the marvelous, understated prose, but typically they stop short of the electroshock therapy, mental breakdown and self-inflicted shotgun wound. I’ll give Keith the benefit of the doubt.

14. “I’m Mark Twain on the Mississippi”: We’re starting to slide into lazy insanity, but at least this is another human male. The depressing part is that I bet Keith Urban actually sees himself as some sort of Australian Samuel Clemens, dispensing charming witticisms as he blows across the American South.

13. “And I’m a child of a backseat freedom, baptized by rock and roll”: Since when has being in the backseat ever meant freedom? Sitting in the backseat means your parents are driving, and you and your Game Boy are just along for the ride. Is he referring to clandestine sex? Is he saying he is literally a product of his parents fooling around in the backseat of a car? Keith, please think about the words you are singing.

12. “I’m still a teenage kid trying to go too far”: No, you are not. You are a multimillion-dollar recording artist married to one of the world’s biggest movie stars, and you are as well-known for your haircut as you are your artfully inoffensive music.

11. “I’m a mama and daddy singing along to Don McLean at the levy”: Oh, ho! What a subtle and well-crafted reference to “American Pie!” Do you think Keith, perhaps, found himself written into a corner by needing to find a rhyme for Chevy? It was either bevy, levee or heavy. Maybe he should have driven a Ford.

10. “I’m a Kris Kristofferson Sunday morning”: Aside from his blatant and gratuitous lyrical name-dropping, I sort of like this line. Just a chill, laid-back brunch with “Me and Bobby McGee.” In fact, this would be higher on the list if I didn’t feel like he fell ass-backwards into this. It’s the one bullet from the tommy gun of awful references that somehow sprayed into the bulls-eye.

9. “I’m a blue-jean quarterback saying “I love you” to the prom queen in a Chevy”: Here’s that Chevy I was talking about. I wonder if they copped any backseat freedom?! Also: Why “blue-jean”? Does he only wear denim? Is he durable and tough in the pocket, like a quarterback should be? Why am I giving him this much credit?!

8. “I’m a jukebox waiting in a neon bar for a quarter”:  So, you want people to… plug you with coins? In no conceivable metaphorical universe does it make sense for you to be a jukebox.

7. “I’m John Wayne, Superman, California”: When a foreigner comes to this country and does not speak a word of English, this is verbatim what he says to the immigration officer. Somehow, Keith, you’ve managed to ruin three things I independently love in one line. You are determined to be an ass.

6. “I’m a Gibson guitar”: Keith Urban, brought to you by Chevrolet and Gibson! Not to go all Noam Chomsky, but Keith Urban has been so commodified beyond the context of his actual abilities as an entertainer that it makes sense that he should compare himself to a musical instrument, because that’s exactly what he is. He’s a tool.

5. “Just another rebel in the great wide open on the boulevard of broken dreams”: Fun fact: Keith was actually just playing his iTunes on shuffle when he wrote this line, and Bowie, Tom Petty and Green Day came on in that order.b

I can also do this. “I’m just another fortunate son, dancing in the dark and livin’ on a prayer.” WHERE’S MY CMA?

4. “I’m a Texaco star”: Bonus points for not even being a thing, like a jukebox or a guitar. He’s now the logo for a brand. I’m a Target target ringing a Taco Bell bell.

3. “I’m a 45 spinning on an old Victrola”: I hope the ghost of Hank Williams haunts you until the last feathery hair rots off your skull, Keith Urban. You are Australia’s ultimate cultural revenge for centuries of shipping criminals to their land.

2. “I’m a TV dinner on a tray trying to figure out the Wheel of Fortune”: When I was a little kid, I liked to do meaningless, capricious things to entertain my mom. One January, she asked me to copy everyone’s birthdays from the old calendar to the new.  For fun, I picked one random day in June and wrote “The Not Particularly Special Day,” as if it were a holiday.

Six months later, my dog Jack had to be put to sleep on that exact day.c

That story is still not as sad as this song lyric.

1. “I’m a Pepsi-Cola”: You are cheap and simple sugarwater slowly poisoning our youth, especially down South. I hate you, Keith Urban.